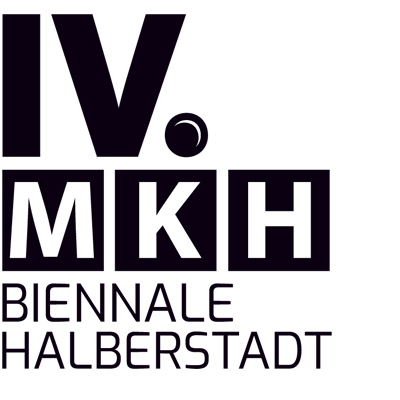 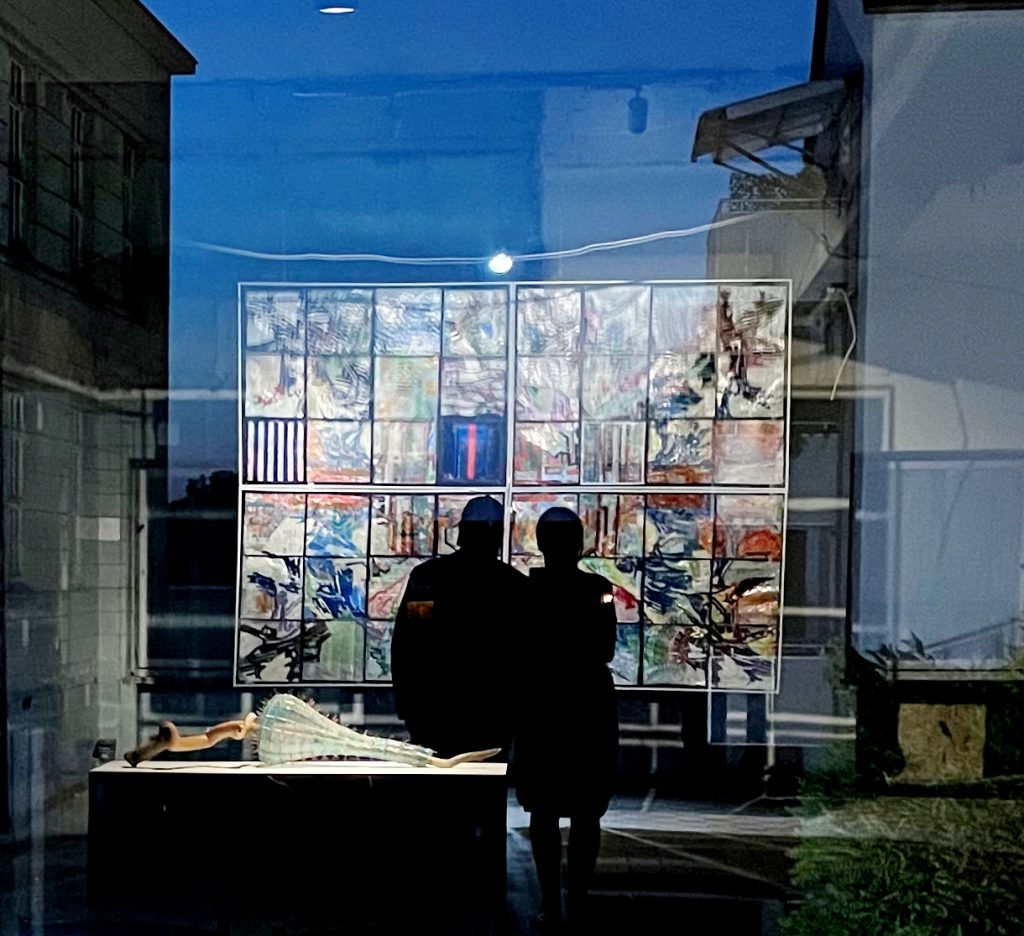 What goes through people’s minds when they see a dancer repeat movements? How are they feeling? Excitement? Strangeness? Does it leave you cold? Our work allows people to discover something about themselves when they see the same action danced with a different dynamic or intensity. The idea of the choreography is to give people emotions and develop emotions while watching the performance, leaving them with a sense of pure repetition at the end.

Masami Fukushima was born in Japan and trained at the Kumamoto Ballet Studio and the Tobisawa Ballet School. In 1995, Fukushima became a member of the Shanghai Ballet School. In 1997, she won third prize in the All China’s Ballet Competition „TAO LI BEI“. In 1999, Masami Fukushima joined the Star Dancer Ballet Company, where she danced as a soloist the following year. For the lead role in Jerome Robbins‘ Afternoon of a Faun, Fukushima was selected as one of the Internship Members and received an international scholarship from the Japanese government. In 2007 she became a member of the Koninklijk Ballet van Vlaanderen, Belgium. Masami Fukushima has been a permanent member of the ensemble in Halberstadt since the 2012/13 season.

Film triptych (on two monitors)
Armor utopia Desire is the father of all things / No father is the war“A cannon named Berta”, Helge Schneider reports as an „expert“

Three posters
The material of a society

Mrs Anna Wilde from Halberstadt, April 1945.
Bitter experience is our anchor
(„The material of a society is as good as it is capable of keeping peace“

„When the atrocity reaches a certain point, it doesn’t matter who committed it: Just let it come to an end“. Mrs Anna Wilde from Halberstadt, April 1945

Two films on the keyword „arms delivery“. Dedicated to my home town of Halberstadt, which will always remember April 8, 1945. Bitter experience is our anchor. Alexander Kluge)

1. Concept
Material Turn describes the increasing focus on material culture in the humanities, with objects, items and artefacts made or used by people the focus of much research. For example, questions are asked about what objects say about their society, what meaning they were given at different times, and what effects they had and are having on their environment.
This trend is the thematic starting point of the 4th MKH-Biennale, which is primarily concerned with objects and their significance for society, but also the relationship between objects and society.
Humans as representatives of society have diverse relationships with objects: we consume things and own things, we have emotional attachments to objects and we create and change objects. While these relations contain numerous starting points for a critical examination of our relationship to objects, they also connect directly to everyday questions and challenges. Experiences from previous biennials have shown that it is precisely this bridging function that is needed to involve a broad audience from the region and beyond.
For example, the topic of consumption will gain in importance in the coming years, particularly in the debate around climate change. Individuals will question the items they own or want to buy and ask themselves what they absolutely need. At the same time, more and more people are interested in how and why the things that surround us were and are created.
The question of origin also arises elsewhere. In recent years, the provenance of objects in private and public museums and collections has been increasingly questioned. The call to clarify where cultural artefacts come from and who owns them is growing louder. It has become very clear that changes in the social consensus can result in shifts in the meaning of objects and can highlight how dynamic the relationship between objects and society is. The 4th MKH-Biennale is positioned in this contested territory.
The 4th MKH-Biennale presents such ideas in a contemporary art context and at the same time looks at contemporary art and its mediation. The well-established, conscious choice of unusual exhibition spaces also brings the city of Halberstadt closer to the visitors of the 4th MKH-Biennale.

The aim of the four-week Biennale 2022 in Halberstadt is to promote education and to share knowledge through art in a lively, true-to-life and concrete way.

One work of art is created in a lively, public space in front of the main exhibition site. Educational workshops and talks contribute to our goal of offering on-site art-education as well. Triggered by the topics addressed, a growing interest in the visual arts and culture of Halberstadt – its past, present and future, as well as in the immediately adjacent regions of Wernigerode and Quedlinburg – is encouraged.

Stimulated by the artworks and events of the Biennale, visitors are invited to explore the historic monuments of the city and experience its lively cultural scene. We hope visitors will stay overnight or spend a weekend in Halberstadt and its immediate vicinity. By creating spaces of association and unexpected spaces of experiences, the MKH-Biennale brings together the interests of ‘monument worshipers’ and those of the representatives of an urban culture. Our programme flyer also contains information of some satellite exhibitions.

Biennale guests can use the tram free of charge. This is thanks to the generous support of the HVG GmbH, who have supported the Biennial throughout the years. All guests can, therefore, enjoy free tram journeys with our programme flyer and brochure from 3 September to 2 October 2022! Our visitors are encouraged to travel to Halberstadt by train, as they can then easily take the tram from the train station to the city centre.

ART EDUCATION
The “Material Turn” approach fits neatly with the “Educational Turn” as the logic of the mere representation of art is abandoned and we get more involved in processes. It will not be primarily about celebrating exhibitions as places where valuable art objects are displayed, but rather offering exhibitions as spaces of action, in which unusual encounters and discursive debates are possible. The unforeseeable or unplannable is regarded as an important component. However, a participatory art project is planned, one that directly involves the visitors and allows them to become actors whose actions/ideas will themselves be part of the exhibition. The Biennale includes opening and closing events, as well as panel discussion, workshop talk, reading and film presentations where invited artists, as well as schoolchildren, students and other visitors are invited to get involved.

ART PLACES
The concept actively encourages the use of vacant-, or little-known locations and the integration of the outside space. This year, the exhibition will be shown in the former City Café at Breiter Weg 34 and in the immediate outdoor area in front of the café. The old freight yard (open only on 17 and 18 September for the performances ‚Amerikalinie‘), a former pigeon tower in vivinity of the John Cage Organ Project, as well as the former City Café, are otherwise not open to the public.

ARTISTS
The Biennale is an event in the city and with its residents, which continues to make Halberstadt and its environs nationally and internationally known as an attractive hub of contemporary art and culture.

The 4th MKH-Biennale is conceived as a mixed form between performative art-action, classic exhibition and an active, participatory area. The MKH-Collective invited international, national and regional artists to Halberstadt for the Biennale in 2022. This year’s concept is the first collaboration with local artists.

Nine of the invited artists show their work in the former City Café. The work of Pia and Walter Ebeling, a wall-covering mosaic from the GDR era, has been a fixed component in the building since 1963. With very critical works Nadine Adam, Christiane Budig, Stephan Klaube, Alexander Kluge, Franziska Möbius, Daria Petrilli, Frank Tangermann and Sven Windszus bring us into the 21st century. The accompanying Satellite-Programme can be accessed on the MKH website and is also available as a flyer.

Founded in 2013, as the registered, non-profit association Monat_Kunst_Halberstadt e.V., three biennale exhibitions took place at locations in Halberstadt and Quedlinburg at the Feiniger Gallery. Due to changing circumstances, the MKH e.V. was annulled in 2021. The MKH-Biennale is now organised and coordinated by the newly founded MKH-Collective.
The MKH-Collective consists of the following members: Dietmar Gubin | ilka Leukefeld | Sandra Lüttge | Jenny Schütze | Tom Weiß
This years interns are Ella Tüsselmann & Edolinda Zekaj

The Kuratorium Stadtkultur Halberstadt e.V. sees itself as an association of citizens and friends of Halberstadt, who work with personal commitment and professional knowledge for the preservation and further development of Halberstadt’s cultural landscape. The non-profit association was founded in 1990 and initially supported the renovation of the old town, then urban development. Since 2004, it has been called the Kuratorium Stadtkultur Halberstadt and is primarily dedicated to preserving cultural diversity. With the help of the press in raising public awareness, the association has benefited from considerable donations. These were used for a variety of projects such as the Martini Church, the Ratslaube or a public carillon.

The Kuratorium Stadtkultur Halberstadt e.V. sees itself as an association of citizens and friends of Halberstadt, who work with personal commitment and professional knowledge for the preservation and further development of Halberstadt’s cultural landscape. The non-profit association was founded in 1990 and initially supported the renovation of the old town, then urban development. Since 2004, it has been called the Kuratorium Stadtkultur Halberstadt and is primarily dedicated to preserving cultural diversity. With the help of the press in raising public awareness, the association has benefited from considerable donations.

3. PATRONAGE
Town mayor Daniel Szarata, in consultation with the head of the cultural office, Dr Sandra Salomo, once again pledged the patronage of the city of Halberstadt in advance. This generous support includes, among other things, two positions for interns.

6. FUND ACTIVITY
At the 4th MKH-Biennale, donations in kind and money make up about a third
of our financing. Would you like to take part and help to support the 4th MKH-Biennial directly? Donations can be paid to the following account under „MKH22“: Bankverbindung Kuratorium Stadtkultur Halberstadt
Harzsparkasse // MKH22 IBAN: DE 32 8105 2000 0340 1258 37
BIC: NOLADE 21 HRZ 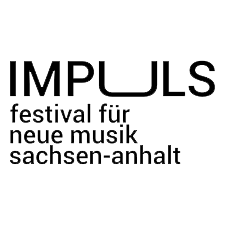 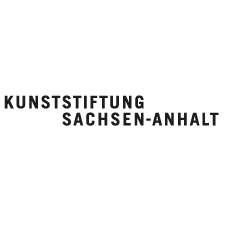 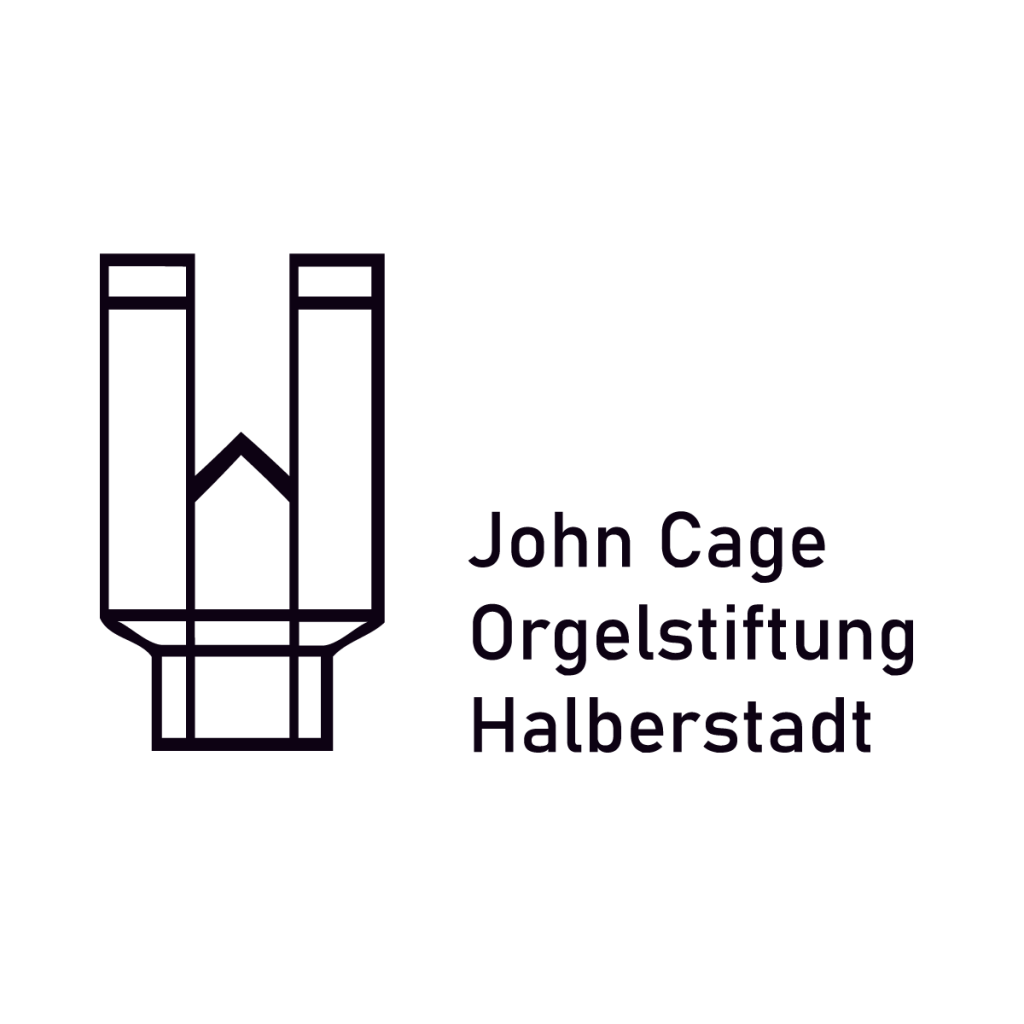 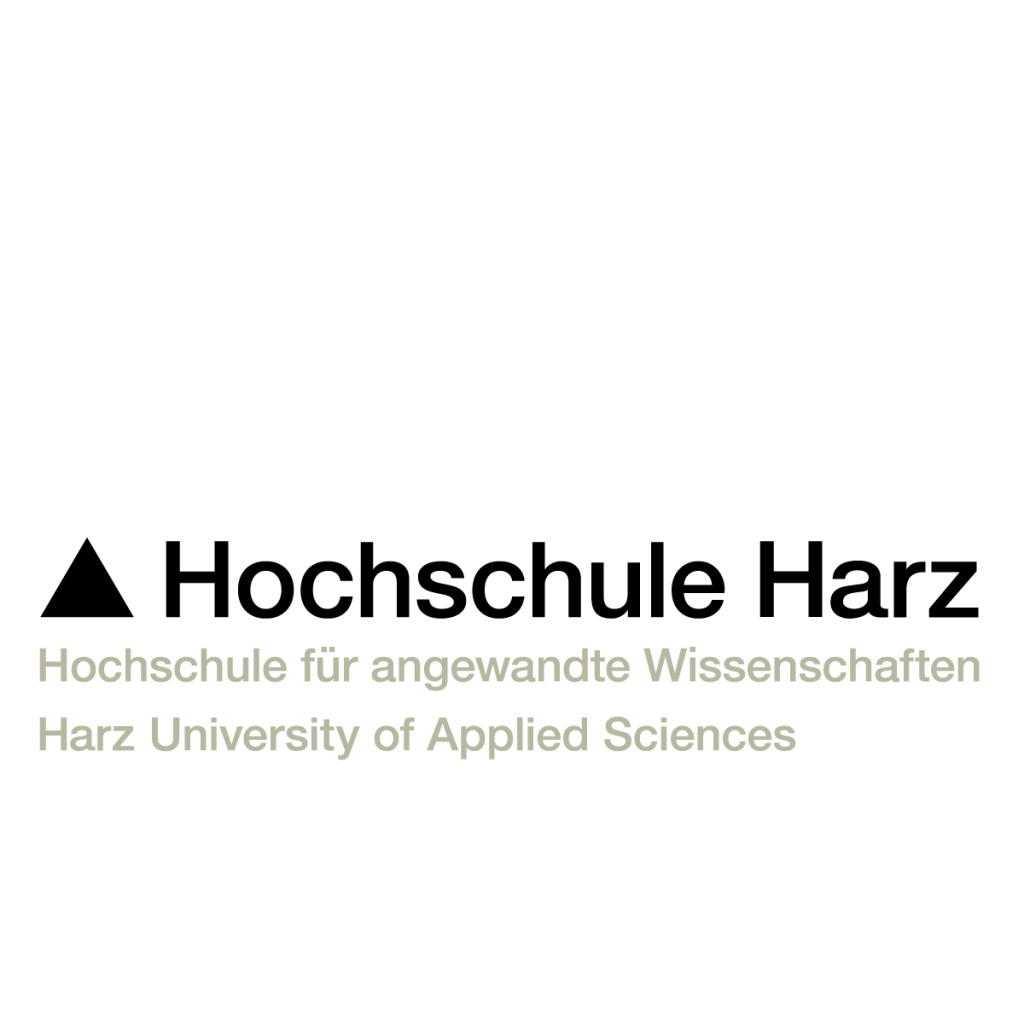 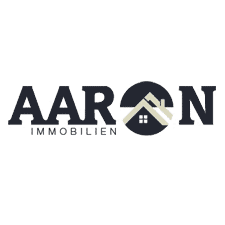 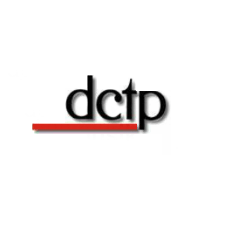 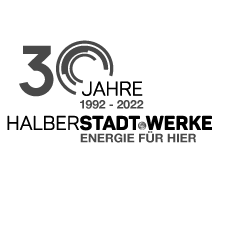 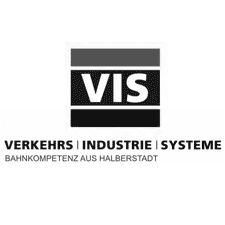 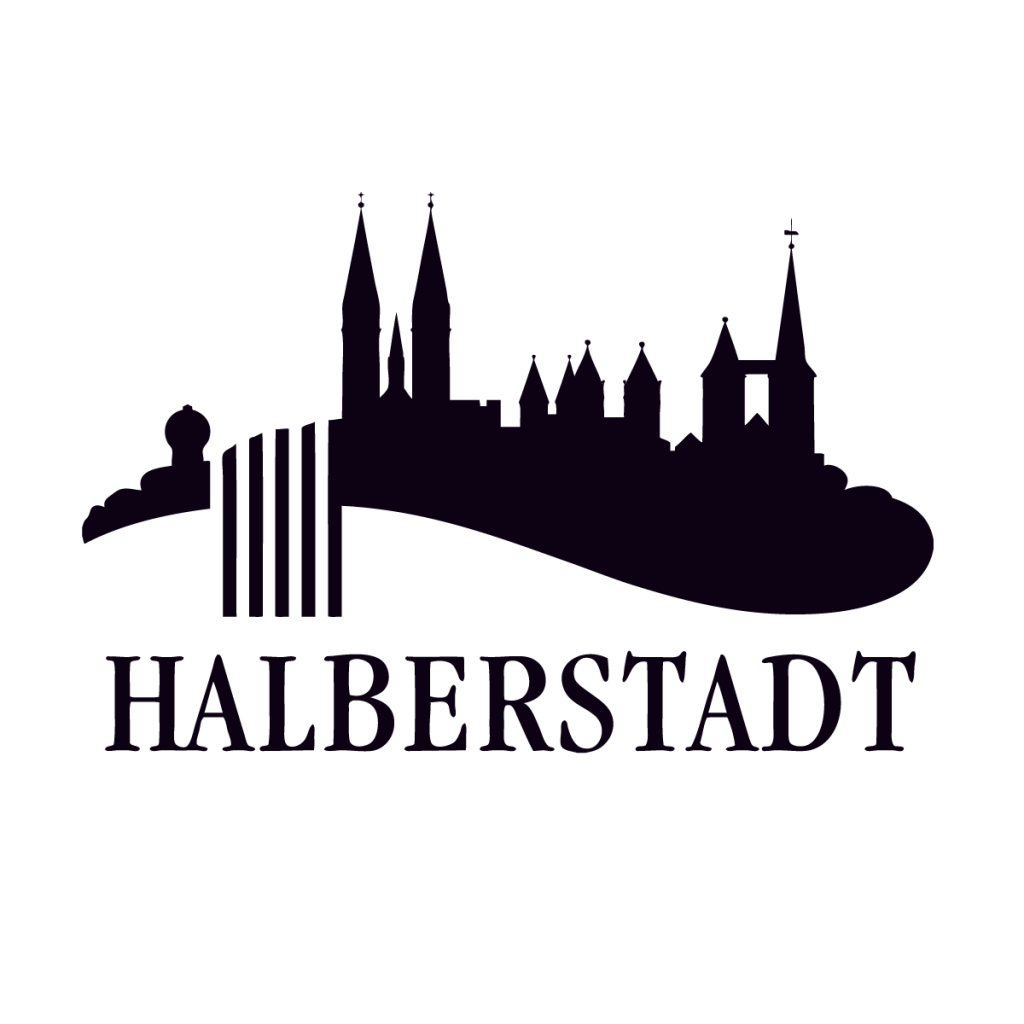 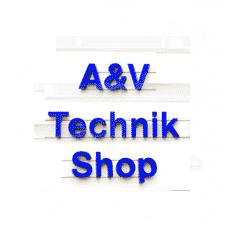 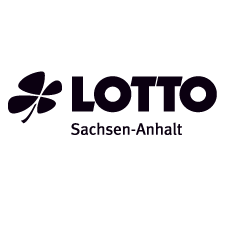 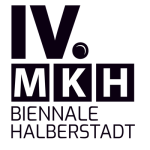